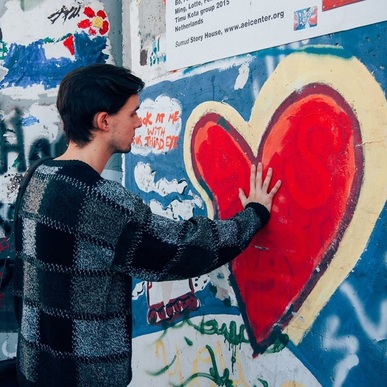 A few weeks have already passed since the day my  trip to Palestine was no longer a crazy adventure but an everlasting memory. A few weeks to look through the photographs, to cry for out of anger, to smile out of hope and, in the end, to start reflecting upon the events that have taken a piece of me to place it  far away from where I’m writing this now.
Maybe you can think I’m exaggerating, that these are mere empty words in order to sell a beautiful story, but, there are situations in life that once you live them, you are no longer the same person. Once the death toll you watch in the television becomes someone’s brother or sister, once you read fear of the future in a mother’s eyes, or regard how war may not simply involve tanks parading the streets, but just a small lost shoe on an empty street or a broken window of an abandoned house; maybe then you will understand how inhuman a human may become.
Still, I have hope in the future, and after spending  a week meeting with different Palestinian communities,  bedouins groups or people living in a refugee camp, I can assure you that we can “challenge the present to shape the future“, as the motto of the An-Najah University of Nablus proclaims. That is why I encourage you to visit Palestine and learn the most out of it, in order to take an active role in the spread of justice around the world. As Martin Luther King said: “I refuse to accept the view that mankind is so tragically bound to the starless midnight of racism and war that the bright daybreak of peace and brotherhood can never become a reality… I believe that unarmed truth and unconditional love will have the final word.” 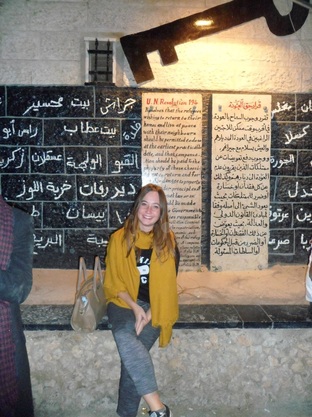 My name is Sofía Martínez Brylak, I study International Relations at URJC in Madrid, Spain. I got involved with HORIZONS last year, a dutch-based organisation that expanded its scope to the larger Europe in an effort to promote justice and equality, and to shorten the distance of misunderstandings and stereotypes between the East and West. I was told about this organisation at the Palestinian Embassy in Madrid, and the eye-opening, maturing trip to Palestine I participated in meant the beginning for me as well as all my fellow participants for more active advocacy for the situation of the Palestinians living under occupation in the West Bank. We got to meet Palestinian students who opened up to us in a very warm welcome, sharing their lives and stories, their culture. We visited many cities in the West Bank, talked to bedouins, international volunteering organisations who explained us the great importance of their work supporting the diminishing Palestinian communities. We also had the privilege to have a meeting with the Palestinian Prime Minister's Cabinet, where we were introduced to the problem of political and economic injustice. This experience has made me more aware of the need of our advocacy to foster justice and compasion, to promote understanding. This video is a little summary of our life changing experience. "
VIDEO